I hope you had a great long weekend! I road tripped with my family up to Maine, which is incredibly beautiful, despite Hurricane Arthur’s attempts to dampen our efforts (literally and maybe pun intended). 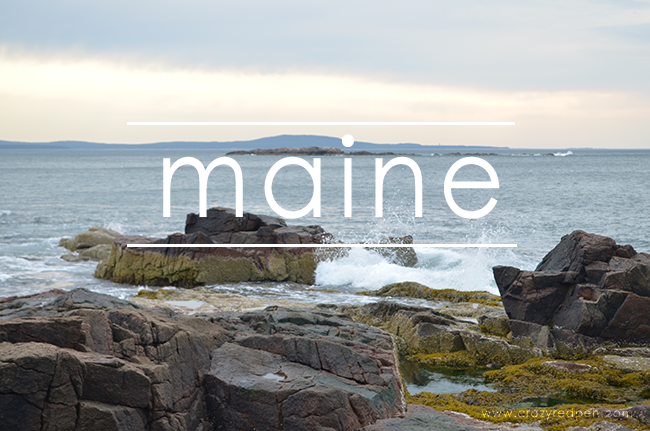 I haven’t road tripped in a while so I forgot that there are really only four things I can do:

Most people would read but I can’t. I did a lot of eating, way more than normal, because I was so bored. Sadly, it was nothing like Morgan Matson’s Roger and Amy’s Epic Detour. 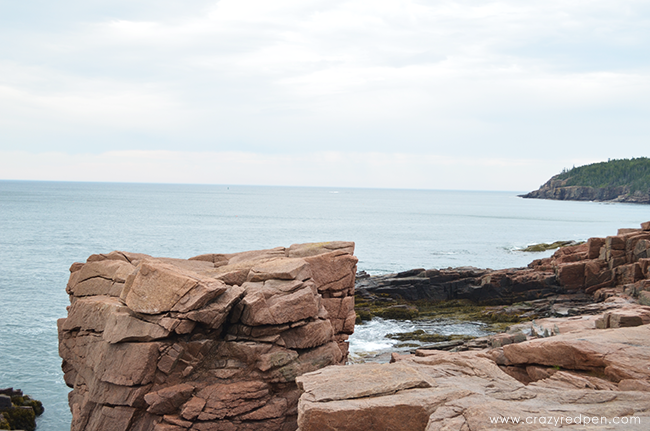 I went to Acadia National Park, which is incredibly beautiful. It’s on an island in northern Maine (a couple hours away from Canada and Nova Scotia) and the scenery was incredible. The park itself is on Mount Desert Island and it takes up most of the island as the park is 46,000 acres.

There are buses, called Island Explorer, that take you around on the park to cut down on emissions from cars. Park entry passes are $20 for the whole week (you need to buy them regardless of how you come into the park [by car, bus, van, bike, etc] and give you access to the busses.

The first day that I was there, it was pouring, thanks to Hurricane Arthur so I didn’t get to see that many places. I got on a bus and the driver gave us a tour, which was incredibly nice of him (Thanks, Stan!). Due to the rain however, there were mini waterfalls, which was nice. However, do not stop next to them to take pictures since apparently the water is strong enough to make the rocks loose. 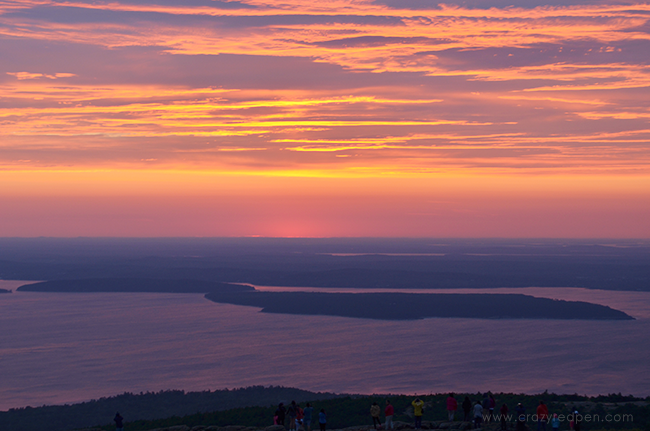 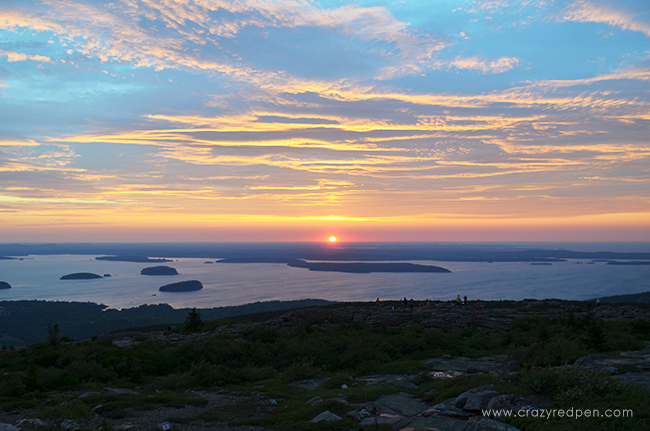 During certain times in the year, Cadillac Mountain has one of the earliest sunrises in the country. When I was there, it was at 4:37am. It is so worth the early bedrise (for me it was 2:30am because I had to drive an hour to go to the park) and I’m not even an early riser. I would recommend getting there 15 minutes or earlier before the sunrise to snag a good place (+ parking space) to watch the sunrise. Also, layers are so incredibly important, even in the summer since it’s the summit. 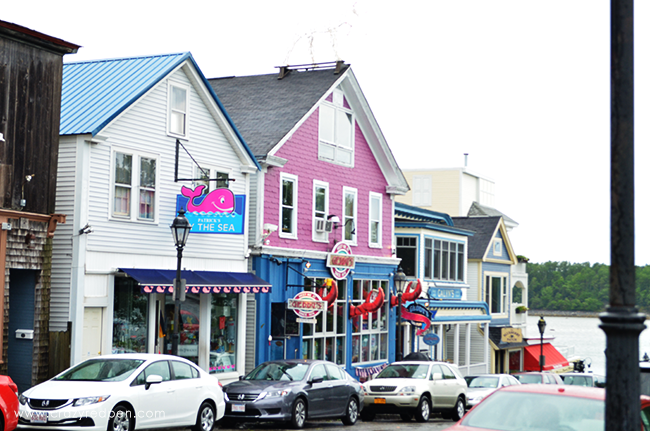 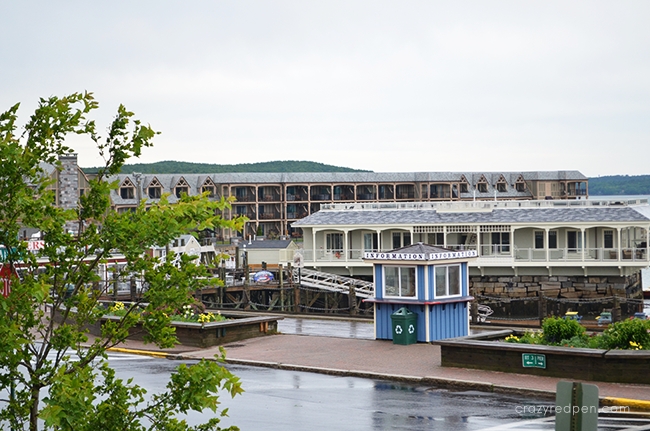 Village Green (Downtown Bar Harbor)
If you take the Island Explorer, it’s the Village Green area, which is downtown Bar Harbor. I don’t really recommend driving there since very pedestrian friendly and parking is limited. There are shops (including Maine’s oldest bookstore, Sherman’s) lining the road.

Getting hotels on the island is difficult but if you don’t mind driving around an hour, you can stay in Elsworth or Bangor. There are many places in the Park to camp, though.

There are a lot of restaurants all over the island but if you’re looking specifically for a place to eat Maine lobsters (or just seafood), go to Trenton Lobster Pound. You get to pick your lobster and watch it get cooked in sea water outside. They also sell live lobsters, clams, mussels and other seafood. It gets a little hectic around mealtime but the wait isn’t too bad.

L.L Bean is connected to Maine just as much as lobsters are. There are lots of L.L. Bean outlets in the state (as well as around the country) but the flagship store is in Rockport, Maine (about an hour away from the National Park). Rockport is a quaint town with lots of things to do and surprisingly plenty of places to park.