I started off this week with a travel post so I thought it’ll be fun to make it a “travel” themed week! I’ve been meaning to read Gayle Forman’s Just One Day for an incredibly long time now (I think it’s been two years and counting) and I finally managed to read it.

Like a lot of people my age, I have serious wanderlust, especially for Europe. London? Check. Paris? Check? Amsterdam? Check. Whenever I see scenes like the one below, I really want to hop on a plane and go. 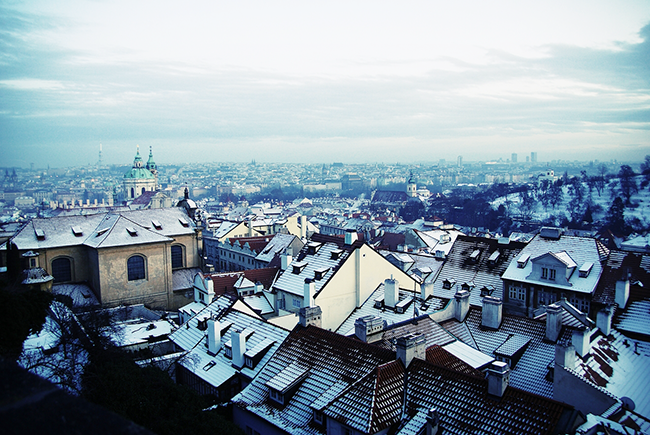 In lieu of actually traveling, I read Just One Day instead. The book is set in London, however only briefly, Paris and Amsterdam (as well as Boston) and it is filled with places to go and visit. I hate to say this but I rarely feel like I’m “traveling” when I read but with Just One Day  I really did.


Instead of the usual Parisian places such as the Eiffel Tower or the Arc de Triomphe, Forman chose to write about the less famous places and it gave the story a much more authentic feel.

However, the story isn’t as much about the setting as much as it’s about Allyson’s growth and development throughout the book. Allyson goes on a European tour with her friend, Melanie, the summer after graduating high school and she meets a laid-back Dutch actor at a performance of Twelfth Night. She runs into him for the second time and she decides to follow him to Paris. It’s a total change from what she’d usually do since she’s always the perpetual do-gooder and rule-follower. She spends just one day with Willem (hence the title) and he shows her what life could be like. The day comes to an end and she wakes up to find Willem gone.

To be honest, I was a little annoyed and frustrated to read through Allyson’s mopeyness as she enters college. She can’t forget Willem and she starts to fall apart. However, all of this may be necessary to show Allyson’s growth and discovery of who she is. She’s been pre-med since middle school after she did the Heimlich maneuver on a classmate and in her depression, she starts to fail all of her pre-med prerequisites.* In second semester, she figures out what she really wants (it turns out, not pre-med after all) and what’s important to her (requires another trip back to Paris).

However, despite Allyson’s floundering and resulting frustration on my part, she’s a character that people can relate to. She’s a little unsure of herself, and contradictory. She’s willing to sacrifice herself for other people’s happiness despite the fact that she knows what she wants, though she might not know how to get what she wants. Allyson changed drastically throughout the book and it was exhilarating to watch her grow, discovering who she was, what she was passionate about and taking risks to further her passion. It reminded me a little of Jessi Kirby’s Golden in that sense and coincidentally, both characters are (or formerly, were) pre-med.

In all, Just One Day was a wonderful novel, taking me on a little “tour” of Europe and Allyson’s growth.

Related: There’s a really great interview by The Wire interviewing Gayle Forman about the book and the characters, which can be found here.

Where do you want to travel? What are some of your favorite books where there’s travel?

*This is from a personal point of view, but I don’t really understand how she managed to take physics, bio and chem (plus lab for all three) all at once. It’s rarely doable and most counselors would suggest against it, suggesting to take the sciences courses spread out over the four years. I guess it’s to show how “pre-med” she is?