I am so incredibly happy and thankful to see all of the positive feedback as well as the sharing of my last post where I rounded up 23 POC authors (a good chunk were of Asian descent) on social media. A couple people I suggested that I should make a follow up post and I agreed, though I blanched a little at the amount of work that it was going to take me. The last post took up a whole chunk of last week, the weekend and Monday, since I was busy doing write-ups and making 24 graphics to accompany the post. Despite the potential amount of work that I was possibly undertaking again, I wanted to do another, though, shorter post to follow up. 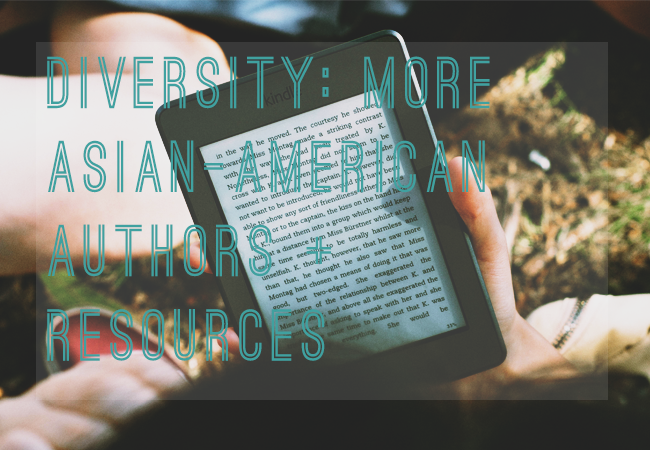 I’ve included both books that I’ve read as well as reader suggestions. I’ve also included a couple of online resources as well.

No one wanted Ai Ling. And deep down she is relieved—despite the dishonor she has brought upon her family—to be unbetrothed and free, not some stranger’s subservient bride banished to the inner quarters.

But now, something is after her. Something terrifying—a force she cannot comprehend. And as pieces of the puzzle start to fit together, Ai Ling begins to understand that her journey to the Palace of Fragrant Dreams isn’t only a quest to find her beloved father but a venture with stakes larger than she could have imagined.

Bravery, intelligence, the will to fight and fight hard . . . she will need all of these things. Just as she will need the new and mysterious power growing within her. She will also need help.

It is Chen Yong who finds her partly submerged and barely breathing at the edge of a deep lake. There is something of unspeakable evil trying to drag her under. On a quest of his own, Chen Yong offers that help . . . and perhaps more.

Ash by Malinda Lo– Asian American as well as LGBTQ! Knock out two birds with one stone. Ash is a LGBTQ Cinderella adaptation.

The Ghost Bride by Yangsze Choo: This was briefly on my TBR list sometime last year when I saw a tweet about it on Twitter but I forgot about it entirely until Charlotte brought it up. It’s an Oprah.com (as well as USA Today, Glamour, Publisher’s Weekly and more pick). (Side note: I really want to become friends with Yangsze Choo because it seems like she really likes food [see her bio and her blog]. A woman after my own heart!)

One evening, my father asked me if I would like to become a ghost bride…

Li Lan, a young Chinese woman, lives in 1890s colonial Malaya with her quietly ruined father, who returns one evening with a proposition — the fabulously wealthy Lim family want Li Lan to marry their son. The only problem is, he’s dead.

After a fateful visit to the opulent Lim mansion, Li Lan finds herself haunted not only by her ghostly would-be suitor, but also by her desire for the Lim’s handsome new heir, Tian Bai. Night after night, she is drawn into the shadowy parallel world of the Chinese afterlife, with its ghost cities, paper funeral offerings, vengeful spirits and monstrous bureaucracy. Li Lan must uncover the Lim family’s darkest secrets, before she is trapped in this ghostly world forever.

A Hundred Flowers by Gail Tsukiyama– It’s a novel about an average family during the Cultural Revolution in China and all the things that happened to them. Gail Tsukiyama is half Chinese and half Japanese. I actually read this a while back but I forgot about it until now.

Lisa See– She writes a lot of books about China and Chinese people. One of her books got made into a movie (Snow Flower and the Secret Fan) and another into an opera as well as an exhibition (On Gold Mountain). (Her great-grandfather is Chinese and was the patriarch of the Chinatown in LA.) I read a lot of her earlier works but not her recent ones.

BookDragon– It’s a book blog that reviews middle-grade to adult fiction by POC (as well as LGBTQ) authors. It’s run by Terry Hong at the Smithsonian’s Asian Pacific American Center, though books reviewed are NOT limited only to Asian American Pacific Islander authors. Definitely worth checking out and I believe new reviews are released daily.

Angry Asian Man– A blog that delves into politics and a hell of a lot of injustices toward Asians. Sometimes I can’t believe a good chunk of the crap that’s described happens because I want to believe that I live in a good world then it hits me. Nope. Stand up for yourself. However, the blog also highlights successes achieved by Asian Americans.

Audrey Magazine— I like to say that it’s Vogue for an Asian American audience. More fashion and culture oriented but it’s a great read nonetheless!

Mochi Magazine—  I’m biased because I write for them but it’s filled with entertainment, health news and more for a young Asian American crowd.

The Other Asians— They do really in depth profiles of up and coming Asian American celebrities but it appears that The Other Asians are not active anymore (Their twitter still seems active, though!). //cry// The archives are still great to flip through, though!


Do you have any websites that you particularly like?

Asian Americanadult fiction, YA, YA novel