Like most things in my life, my love for architecture was spurred on by books.

At age 9, I received a book about the world’s architectural landmarks and so for the next years onwards, I covered that book in post-its, reading, “Must see!” and soon the whole book was covered post-its about places to see, buildings to visit.
Oops. So much for being selective about the places that I want to visit.
In reality, I’ve yet to visit 10% of those places, a problem that I chalk up to time, specifically lack of time. That’s a struggle, that particular cliched response about traveling, it’s never the right time, maybe later when there will be adequate time. A friend sent me a link to Kate from the State‘s post about traveling, without planning or savings, and while I don’t necessarily agree with her stance, I do agree with her comment about how we’re always waiting for the right time to travel. 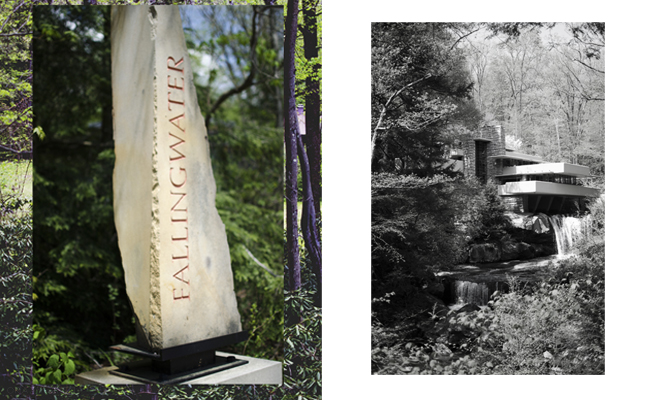 Fallingwater, arguably Frank Lloyd Wright’s masterpiece, surpassing the Guggenheim, was one of the places that I wanted to visit. Past tense, because I’ve crossed it off my list of places as I just visited it. A house cantilevered over a waterfall? Yes, please! 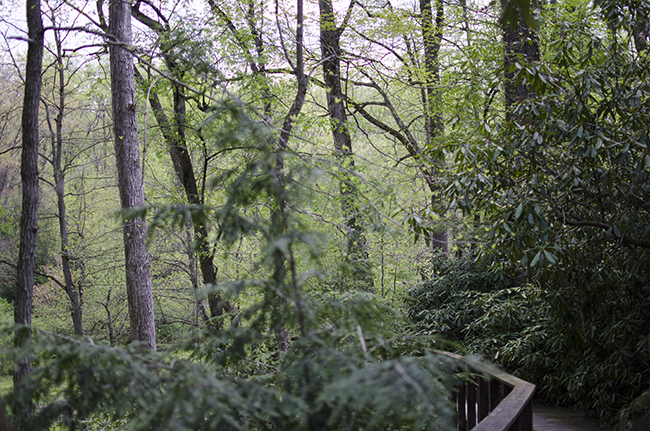 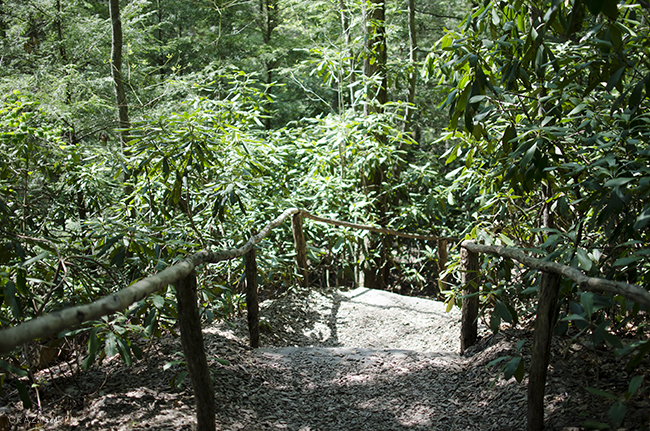 Wikipedia calls the location of the house, “a remote corner of Pennsylvania” and they’re somewhat correct. Located in the hills of Mill Run, where cell phone reception is more or less spottier than 101 Dalmatians, and that’s including the Nation’s #1 Overall Network, Fallingwater is still a charming place. Perhaps that’s an understatement.
Wright, an uber modern architect of the 1920’s designed Fallingwater to be over the falls, much to his client’s surprise. The Kaufmann family, of the Pittsburgh (now defunct) Kaufmann’s Department Store, were expecting a Victorian-style home with a view of the falls but Wright decided that the house must blend with it’s surroundings and be on the falls. 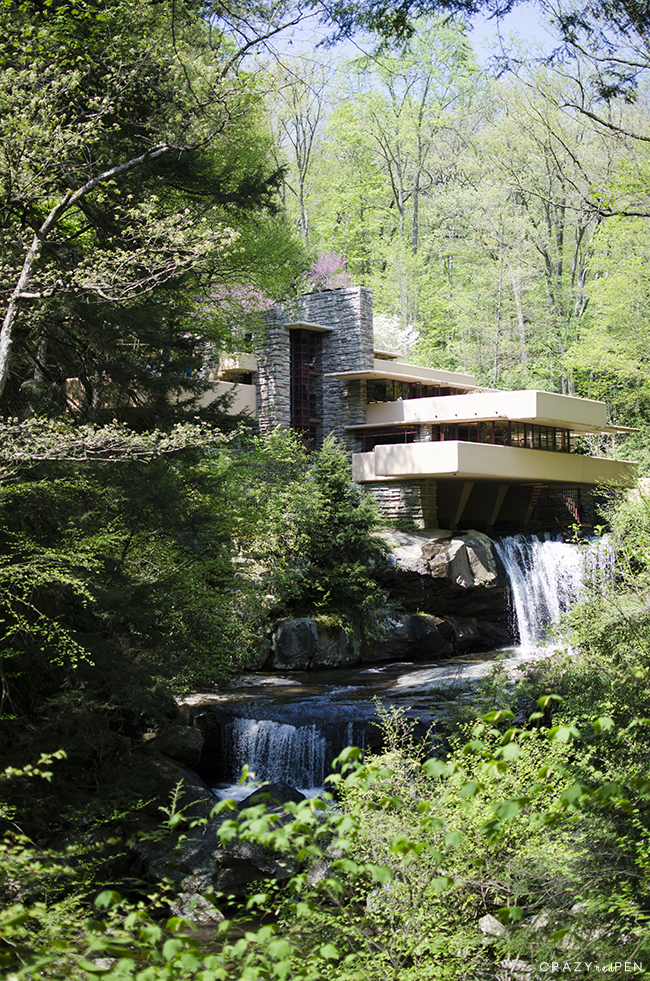 The lines of the waterfall are echoed in the house and the interior of the house is equally thoroughly designed, from how the light hits the rooms, the hallways to the size (yes, the size) of the doorways. Everything about the house is absolutely impeccable.
Edgar Kaufmann Jr, son of the man who commissioned Wright to design the house, writes, “He [Wright] understood that people were creatures of nature, hence an architecture which conformed to nature would conform to what was basic in people.”
You got this one Wright.
Pun very much intended.