Since most of the time I never got Chinese New Year off (my school started giving the day off sometime in high school), my family just ate foods that took slightly more work than the foods we’d normally eat throughout the week. At night, my parents would turn on the TV to catch the elaborate Chinese New Year festivities that always aired on Chinese TV while I went back to doing homework. 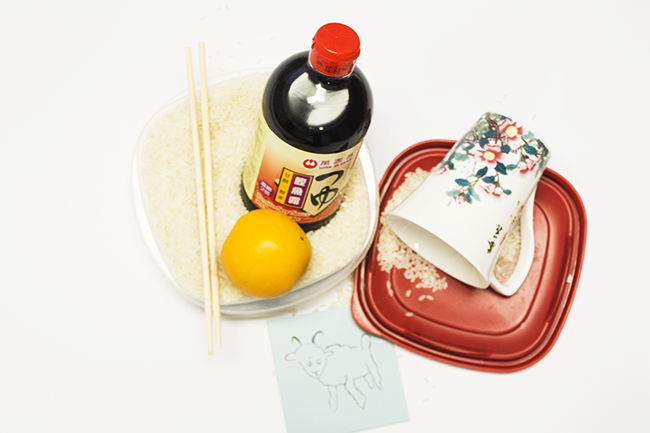 I’m back to not having school off on Chinese New Year and last year, the dining halls made an effort to have some Chinese foods (though it was a far cry from Chinese food). I spent the night watching the broadcast of Chinese New Year Gala with some international friends from down the hall.

This year is the year of the sheep. My friends joked that it was my year since I tend to associate myself with sheep (it’s less of a love of sheep and more of a play on words with my last name). I’ve decided to celebrate the sheep in literature and pop culture.

“Please draw me a sheep” | Little Prince
It’s one of the most famous lines from Little Prince and one of my favorite. It’s full of innocence and wondering about the world, much like most of the book. I really enjoy reading Little Prince when I feel introspective and mellow.

I’m also very excited for the Little Prince movie, despite the fact I don’t understand French.

Every time I think of that book, I think of the Alps and sheep/goats. I’m not the only one since the Swiss commemorative coin for Heidi is one of Heidi with a running goat. While goats and sheep are not the same thing, 2015 is according to some news sources also the year of the “horned animal”.

“Baa, baa black sheep”  | Nursery Rhyme
A nursery rhyme that doesn’t really have any meaning to it for the most part but according to Wikipedia, it may be potentially referring to slave trade.

Shaun the Sheep
Rather comedic shorts that used to air Disney Channel (originally premiered on BBC shorts) but I’m not sure if it’s still on air in the US anymore. In either case, some videos are up on YouTube and are quite enjoyable.

What are some of your favorite animals in literature?