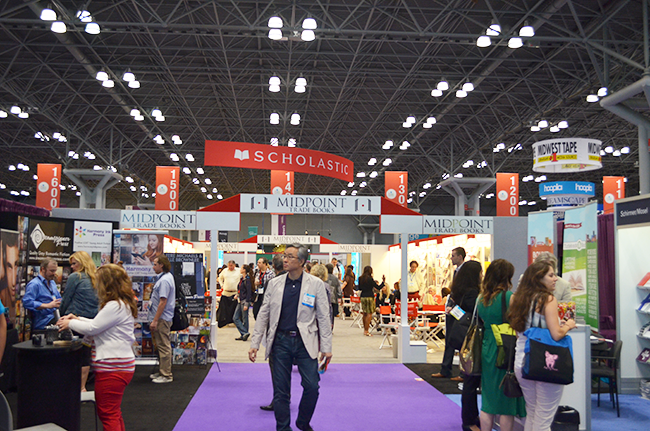 My BEA 2014 experience was insane and in many ways, better than my experience at last year’s BEA. I ran into Libba Bray and Barry Lyga in the first 5 minutes stepping foot into BEA (more on that later), met Margot Wood (from HarperCollin’s EpicReads and The Real Fauxtographer), and talked to publishers, which was a feat. Photographic proof will be provided because it didn’t happen unless you have photos, right? All of the authors were funny and serious at the same time, but it was Lena Dunham’s speech that made the event more somber than the others’. She talked about her upcoming memoir, I’m Not That Kind of Girl, which she received more than 3.5 million to write and is filled with “personal stories and cultural criticism, but my father pointed out to me that there is no cultural criticism except for saying that I’m not that into Mad Men. (I’m just not caught up)”. Dunham read the introduction for her book, starting with the words, “I’m 20 years old and I hate myself” and goes on to tell the story about how she was inspired by Helen Gurley Brown’s 1982 self-help book Having It All: Love, Success, Sex, Money Even If You’re Starting With Nothing, which she bought for 65 cents in a thrift shop in Cleveland when she was in college.
I migrated myself to BookCon, which was insane. Regarding BEA and BookCon, I really wished Reed Exhibitions (which runs both) delineated the differences between both clearer and made BookCon less of hell on earth. The crowds were insane in BookCon (I heard they sold 8-9K(!) tickets for the event) and there weren’t as many interesting booths as BEA. I had just came from the BEA breakfast event into the BookCon event and not a lot was happening. 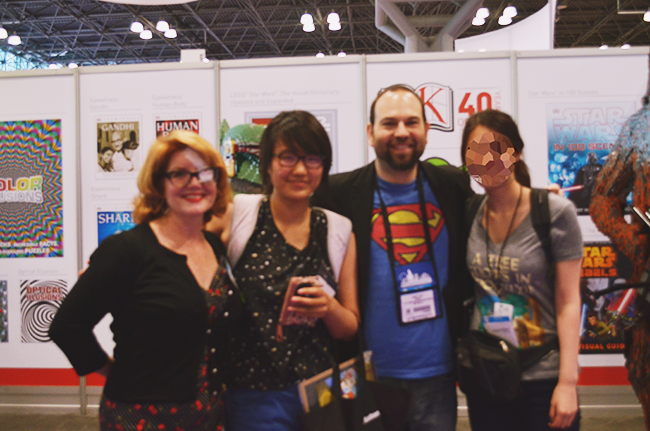 BEA itself was pretty slow but it was still pretty nice. I had just gotten there when a woman asked me if I could take a photo for her. I looked at her and thought, “She looks really familiar” and then looked at her badge. SHE WAS LIBBA BRAY OMFG AND ME IF I COULD TAKE A PHOTO FOR HER. Of course, I obliged, while telling her somewhat incoherently (darn those nerves!) that I loved her books and chatted with her for a couple more seconds. My friend and I also got to take a photo with her and Barry Lyga, which was very, very cool. #dreamcometrue  A little sad that the photo was blurry but still pretty cool! 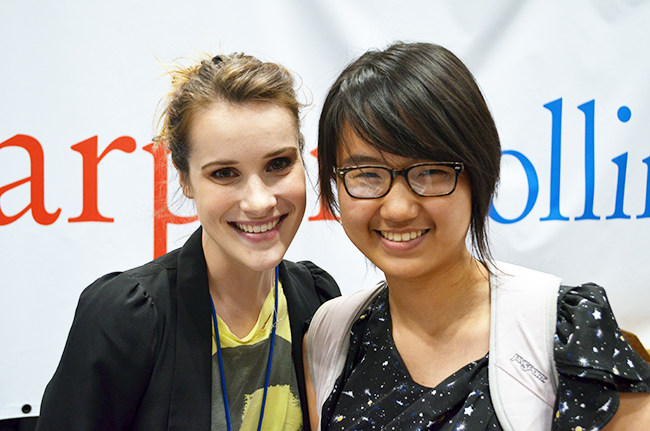 I got some books at BEA before milling back over to BookCon where Margot Wood and some other Harper employees were manning one of the three HarperCollins booths. Basically a replay of the Libba Bray moment happened again but it was Margot. I chatted with her and we talked about cameras for a short while (She uses a Nikon DSLR with a 18-55mm or a 35mm f/2.4). Later, I doubled back to the Harper booth and got a picture with her. YAY! So happy to have met her. 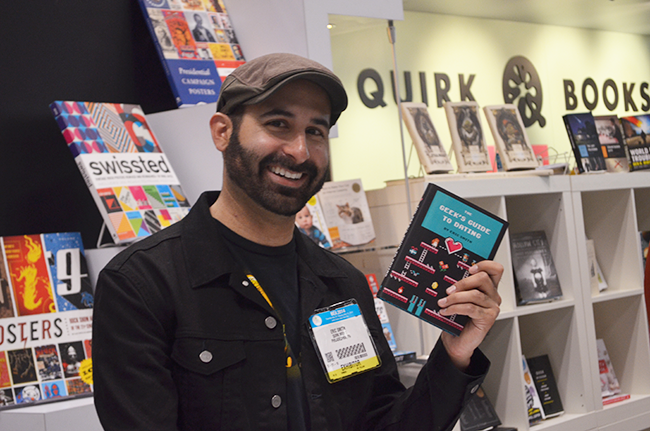 Got a copy of Eric Smith’s Geek’s Guide to Dating signed, too! 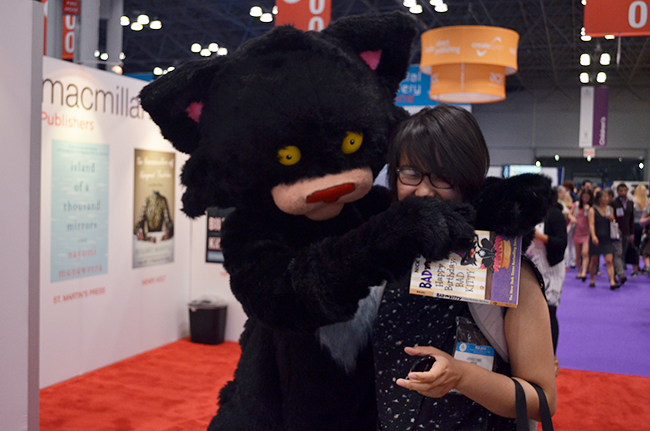 I walked around some more before leaving at 4pm, when it started drizzling. I actually saw Alexa (of Alexa Loves Books) in the flesh but wasn’t too sure if it was her, so didn’t go say hi. Very sad but next time!

In all, BEA was a fun experience and I’m really happy that I had the chance to talk to publishers as well as meet people. I wish Reed Exhibitions planned BookCon better because there were a lot of confusion, especially because BookCon and BEA were two separate events.