Yesterday night, the book blogging blogosphere went a-blazing on Twitter about Literally, a site that is currently in beta mode. I immediately signed up after I got an invite code from the lovely Cee. The site promises to be a site where it’ll tell you deals about books that you’ve added to your TBR list, beautiful statistics about the books you read, and more. It’s like Goodreads but better. 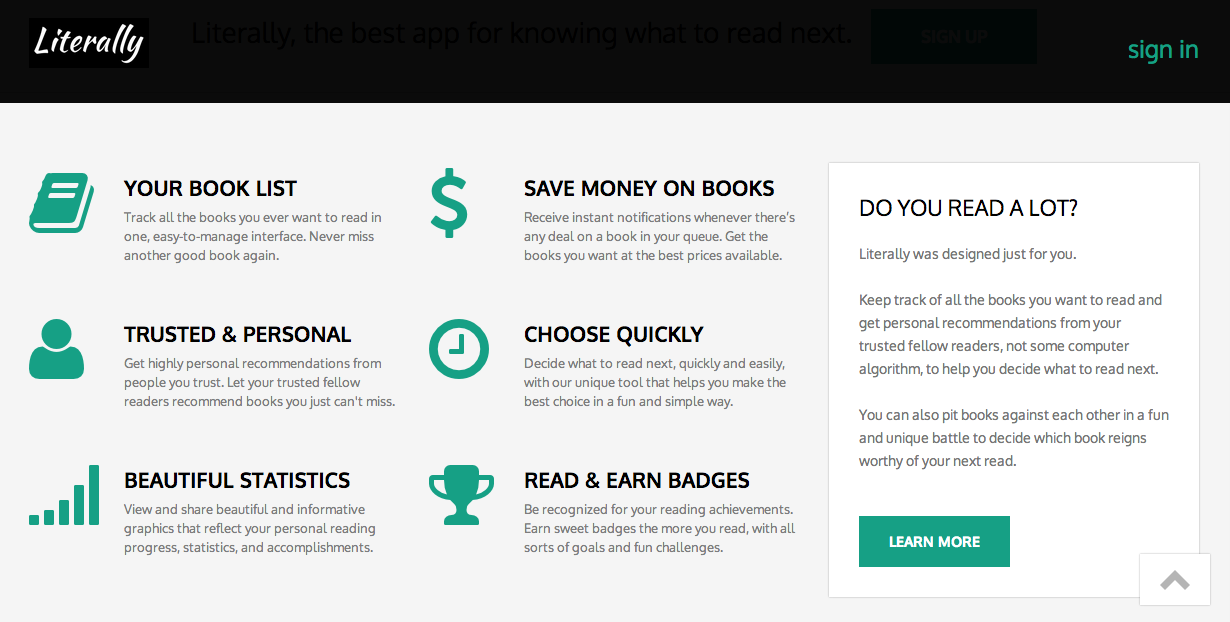 A mobile app is down the pipeline sometime in the future. So far, there’s not a lot to the site since it’s in beta mode and they’re releasing new features soon but I do think the site is a good idea.

I still have one invite code left so let me know via the comments or Twitter if you want to join!  I ran out but Literally is retweeting out people who have invite codes left!

What do you think about this site? Would you join?