When I went to BEA earlier this year, one of the books that I received was Neil Gaiman’s ‘Make Good Art Speech’ . It’s a book with his “Make Good Art” speech that he delivered at the University of Arts in Philadelphia. 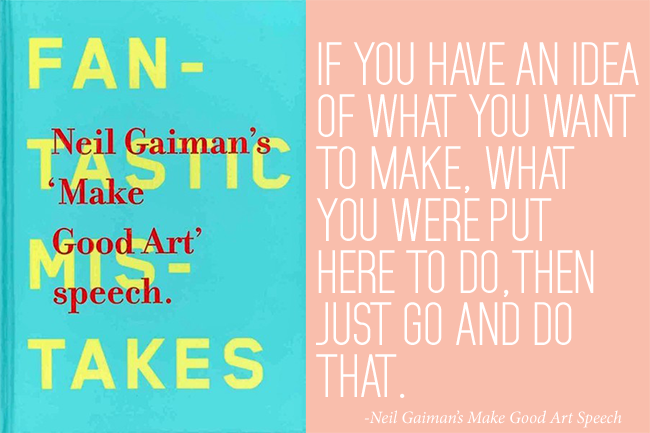 Why is this book better than just watching the video on Vimeo? For one, the book is designed by Chip Kidd, a prominent graphic designer at Alfred A. Knopf (he’s designed several prominent covers such as Haruki Murakami’s 1Q84).

But if you’re just looking for the speech itself, here’s the video of it.

For me though, the book takes the speech and enhances it, giving it more spontaneity as well as playfulness.