Hello! I’m finally back from my hiatus and it feels amazing to be back. I’ll rush off to BEA (Book Expo America, the largest book convention in North America) in New York tomorrow and I’m very excited. I’ve dragged along my book loving friend so I’m quite excited! Neil Gaiman’s going a talk about fiction at 10 am so hopefully registration doesn’t take too long.  So, so excited for all the books, fellow bloggers and industry professionals (!) and the food eating that I’ll be doing afterwards.

I went on a short travel trip that was so, so tiring but loads of fun. I’m a history nerd but I’ve never been to Gettysburg. Finally I got to go and the experience was hyperventilation inducing (more on that later) and just pure fun. I ended up taking some photos and here they are below the cut. 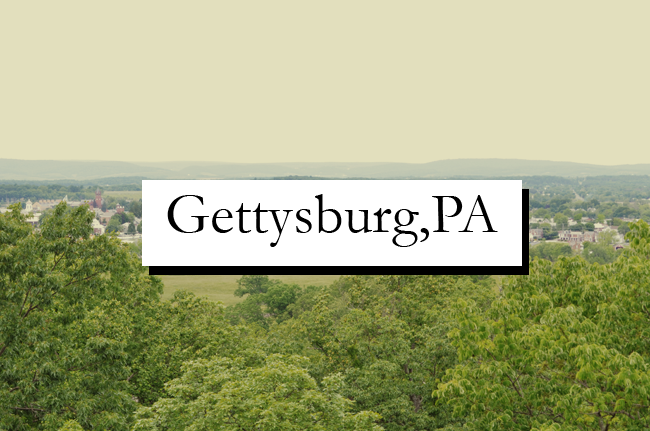 At the visitor’s center, there were various artifacts from the war such as battle insignia, battle uniforms, muskets, and guns. There was also a penny-into-memorabilia machine and I ran for it. I don’t know why I find them so appealing and so much fun.

After arriving at the visitor’s center, I went to see a short film about the circumstances of the Civil War. Morgan Freeman was the narrator and despite the fact that I didn’t learn anything new (I was that history nut last year in my American history class), I thought the film was well done. After the film, we were shepherded  upstairs to the Cyclorama, which was a circular art installation of a famous 27 feet high (approx 8 meters) by 359 ft (109 meter) high, depicting Pickett’s Charge. There were lights installed behind the canvas and combined with narration, made the battle to be more realistic. 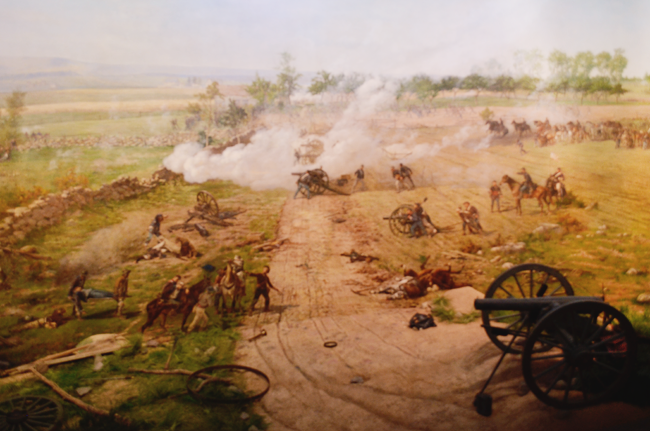 The cyclorama also combined Paul Phillipoteaux’s painting with real objects, such as the cannon and other props, to make the experience more immersive. 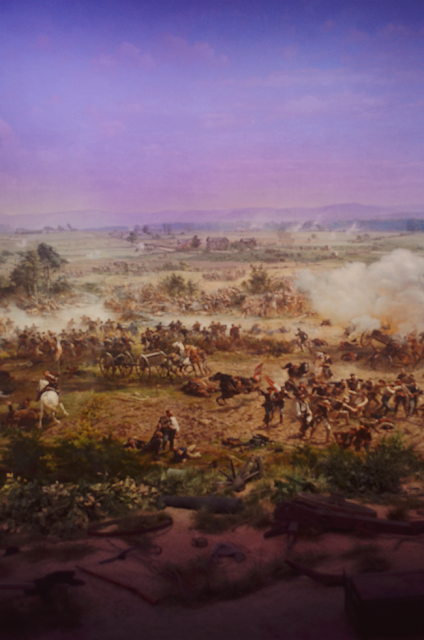 Afterwards, we drove around to the various battle sites, just admiring the pastoral beauty (?) of everything. It’s hard to imagine at Gettysburg now the bloody battle that occurred since most of it is just grassland. 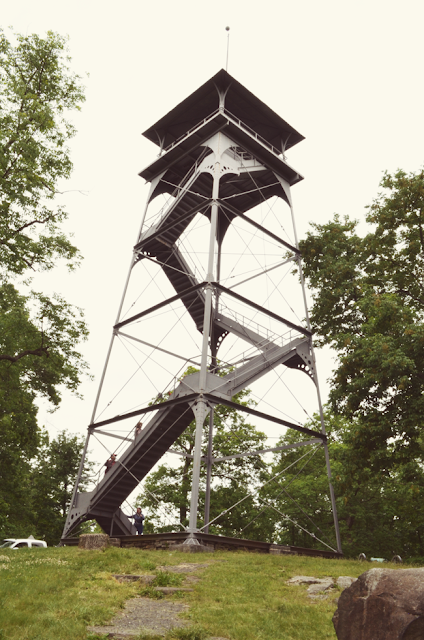 At Culp’s Hill, which was a critical defensive site for the Union Army, there was a giant metal observation tower that was 6-7 stories high (do you see how small the people are in relation to the tower?), which caused me to hyperventilate on the last flight of stairs. It was fine going up most of it until I stupidly realized that  I’m high off the ground and the railing was rather short for someone my height. The stairs were rather narrow and paired with my fear of heights almost caused a breakdown. Happy to say, I went up the last flight of stairs to admire the wonderful view (see first picture in the post.) I was freaking taller then the trees when I stood on the observation deck. WTF. 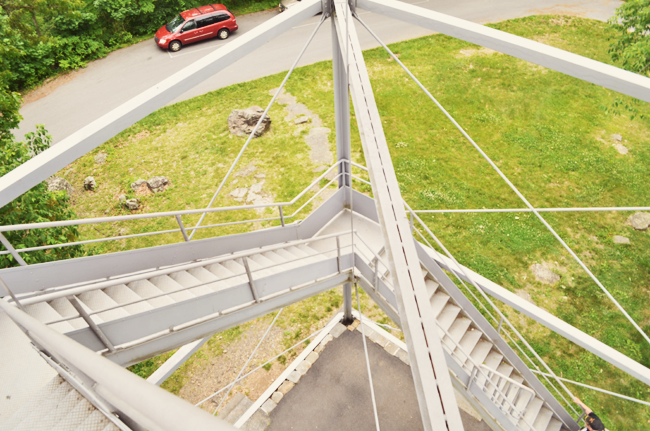 This picture was taken midway down the tower. I held onto my camera tightly, freaking out that it would smash into a million pieces. 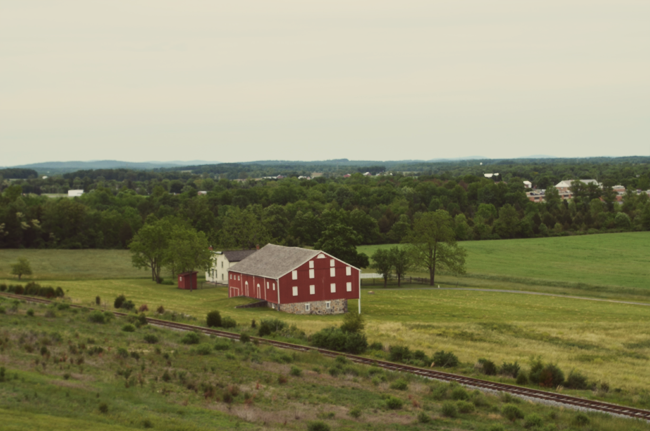 Later, we found another observation deck, which was shorter.


Afterwards, we ended up going to Hershey, PA which is about an hour away from Gettysburg to stock up on chocolate. (It was too late to go on the rides.)