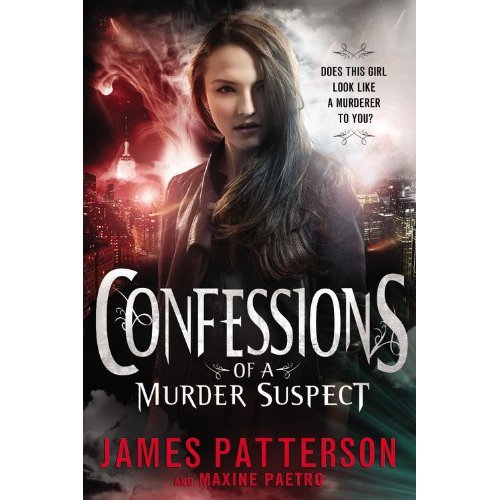 The book is marketed as “James Patterson’s first teen mystery” and the first thought that came to mind was, “Is there a genre left that he didn’t try?” Alas, James Patterson has written mostly science fiction for teens and it’s refreshing to see something non-science fiction from him. (Though there are tinges of science fiction in this novel.)
There’s something intriguing about mysteries naturally. A puzzle is introduced and then the pieces are presented. If the reader so desires, he/she can try to see how the puzzle fits together, or if the reader is like me, stay up late reading till the end, when the perpetrator is presented.
In this case, the puzzle is the murder of Malcolm and Maud Angel, parents to four extremely talented children, Tandy (full name Tandoori, like the Indian bread), Harrison, Hugo and Matthew Angel. The catch is that someone living in their house killed Malcolm and Maud Angel. Who is the murderer or murderess?
The story is told from Tandy’s point of view, starting from the moment she woke up with the police pounding at the door. Tandy is extremely intelligent and so are her siblings, but she’s been dubbed as the smartest one of the children. As the police start trying to make sense of this family, Tandy tries to conduct her own investigation.
James Patterson is most known for his plots, not so much for his writing. This book however, does have a different feel from his other teen novels. It goes more in depth of the emotions of the character and has a lot more self-conscious reflecting. Tandy is a genius and the writing reflects her intellect. She  says, “Are you familiar with the phrase unreliable narrator? Maybe from English-lit class? It’s when the storyteller might not be worthy of your trust. In fact, the storyteller might be a complete liar. So given what I just said, you’re probably wondering: Is that me?” One thing is the same, the narrator acknowledges the reader.
Tandy investigates her siblings stoically. That’s the way she’s been raised, always trying to overcome another obstacle, without revealing too much emotion.  There isn’t much of sibling love going on, but even so, it’s frightening. However, the siblings do care for each other in their own way and as the story goes on, it’s evident that Tandy hopes that it wasn’t one of her siblings who killed their parents.
Tandy’s parents were harsh to her, wanting her to be one step above the rest. I can’t help but think that this book was somehow inspired by the hubbub towards the Tiger Mom fiasco that happened nearly two years ago. The novel even mentions that Malcolm and Maud were called “Tiger parents”. Malcolm and Maud certainly weren’t the affectionate parents, but they still loved their children. As much as their children hated their parents, the children are still dedicated to finding out who the killer was.  Is this a statement that even less affectionate parents or extremely harsh parents still love their children?
As much as this novel is about how messed up a family is (this family is very, very interesting), it’s also about how strong familial ties can be. Having said that, this book leaves a lot of room for thought, which is nice.

You can preview the first three chapters of the novel here, on EW Shelf Life.

Book ReviewJames Patterson, little brown and company, YA, YA novel