On Twitter a couple days ago, I had tweeted some tweets along the lines of “I need a copy of Throne of Glass” and “I can’t believe I was auto-approved for a copy of it on Netgalley but forgot to open the actual file.” I had just sampled it since it was included in the BEA (Book Expo America) sampler that I had requested earlier in June. It was just two chapters of the book, and I need I had to read it.

In middle school and even earlier on, I had a fascination with fantasy books. Books where magic was alive. I liked the world that they created. 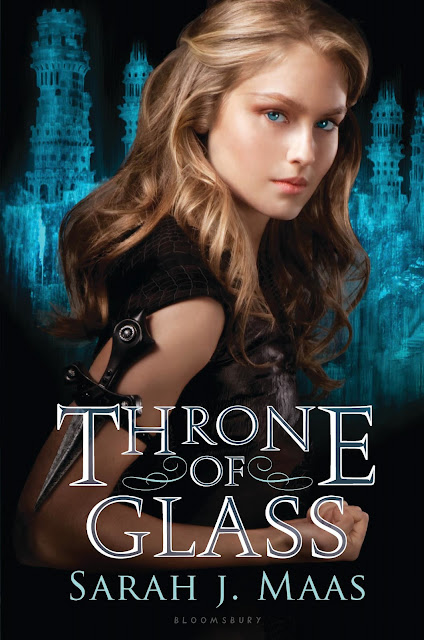 Though the sampler did not hint at the presence of magic in Throne of Glass, I still knew I had to read it. It was that intriguing.
The novel starts with Celaena, a skilled assassin, getting an offer from the Crown Prince to compete in a competition to find the next royal assassin. Celaena is imprisoned and has labored the past year in the salt mines of Endovier. All Celaena has to do is to be the last one remaining in the competition to the death. No big deal. The Crown Prince offers Celaena her freedom if she wins and she finds the offer hard to turn down.
Throne of Glass is a mixture of The Hunger Games, Poison Study and And Then There Were None. It’s a weird mixture, to be perfectly honest, but Sarah Maas makes it work.
Throne of Glassmade me fangirl like a silly girl. I literally flapped my arms, squealed and rolled around in my bed from sheer happiness. There’s a love triangle in Throne of Glass (I’ll tell you who I like if you read the book) and it’s so squeal-worthy.
Since there’s a competition to the death, Throne of Glass is quite fast paced and contains lots of action. It doesn’t feel too rushed, which is so easy to do with this sort of book. It was the perfect pacing.
The world that Throne of Glass is set in is a totally different world. Kingdoms are warring, deception and spies are utilized to a heavy extent.  It’s so intriguing and interesting because readers want to read on just for more knowledge about the setting.
The author spent 10 years from writing the draft to finally publishing it and it shows in the book. Nearly everything is set out and the novel flows nicely.
The only problem I had with the novel was that the ending was a little rushed and too many things seemed to be happening at once. The ending was obviously setting the tone for the next book by opening up new questions that made the reader hunger for more but I felt that too much was revealed at once. It was overwhelming.
Though I did like Throne of Glass very much, I’m a little skeptical about the sequel. Love triangles never really end well and I’m quite scared that the sequel to Throne of Glass will become an emotional book about who to choose.
Over all however, I appreciated the book, not only for the story, but also for the presence of a strong heroine. The book is a romance book too, but not once does Celaena become weak or play the damsel in distress. She’s a strong girl by herself.