Following with Monday’s start with mysteries, I’ve decided to review another mystery. Mystery books are so fun! 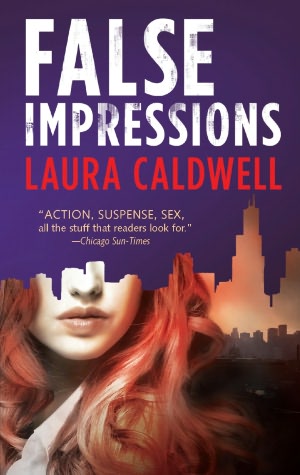 False Impressions follows a woman private investigator/attorney, Izzy McNeil. She’s ready to go back to the attorney world when she’s asked to help Madeline Saga, at the request of a friend. Izzy agrees to help, and she soon finds herself in the art world. Madeline fears that she’s been selling fake art to her customers and that it’s more than faked art.

Apparently False Impressions is the sixth book in the Izzy McNeil series, but the novel itself has enough introduction that readers are not lost, if they haven’t read the previous books.

Mystery-wise, it’s okay. Izzy McNeil is a normal person, so normal that I sometimes want to yawn. The story is definitely a slice-of-life mystery where the protagonist uses skills that are usable in real life.   However, the story isn’t really fast-paced, which made it a little boring.  This said however, I did like the fact that it centered on Izzy’s day to day life also, not just the mystery side of things.

I don’t know if this was because it was published Harlequin, which is known for publishing romance novels, but there’s a random romantic scene. Halfway reading, I thought Izzy was with the other guy, but she decides that another guy is more interesting and decides to pursue him. It was a bit random, to be honest. Opposites attract, I guess.

The thing I loved the most was that Madeline was Asian. You read that right, Asian. Recently there were articles floating around the internet that there weren’t enough characters of color, that the characters were all Caucasian, but False Impressions features an Asian protagonist. This is amazing! What’s more amazing is that Madeline isn’t a stereotypical Asian. Many Asians that are portrayed in books (no, the media) are nerdy, smart, and a bookworm. Is there something more to Asians other than that? Madeline is a real person, and the book portrays her as such. In the end, she’s a person, not just an Asian. I liked that portrayal.

In the end, I liked False Impression not necessarily because it was a mystery book but for featuring a prominent character that was from a minority. You don’t see that much in contemporary fiction. Thank you for giving me a chance to read about a story that was about someone like me.

Review copy provided by the publisher via Netgalley