Maybe I live under a rock, but I definitely know that I’ve been out of the loop. I haven’t been reading YA novels lately, other than for what I call “work” and the only kind of book I’ve been reading is manga. Which is not to say that manga isn’t actual reading material, but manga and novels (I classify this as books that have mainly words) are two different things.
I first saw the book Fallen, (by Lauren Kate) in the pages of Teen Vogue (yes, I’m a typical teenager who’s into fashion. What can I say?). It was in a small corner where you find ads for L’Oreal foundation, Got Milk ads, and other blasé ads. I usually flip right through ads, who doesn’t? But this time, it was different. The people who say don’t judge a book by its cover, they’re wrong. Covers of books are everything. It was what stopped me from flipping the page.

The next time I saw the novel Fallen was in the hands of my friend, half a year after I had first seen the book in the pages of Teen Vogue. I asked her immediately if I could borrow it. Lo and behold, I had it in my hands by lunchtime.
I’m not going to lie, the first hundred pages were terrible. I wanted to chuck the book away. My friends were teasing me, reading a review that was printed on the front of the cover,”sexy, fascinating and scary…”. The beginning of the book felt so formulaic, the antithesis of what was promised, a non-formulaic book.  It was emo-depressed girl goes to new school. Said girl is not accepted. See hot boy and is rejected by hot boy. On and on. However, despite my growing annoyance at the book, at which I thought, “My first YA novel of the year had to be bad?” quickly changed. It still was a little cliché, but then again, maybe I’ve read too many YA books for girls, but I knew that Fallen was good.
Luce (full name: Lucinda Price) is sent to reform school after supposedly killing her boyfriend. Luce knows she’s innocent, but then again, she’s not really sure what exactly happened. Her new school watches her every move-security cameras at every corner, lists of can-not-do’s. Luce is attracted to bad-boy Daniel who does everything possible to avoid her. However, Luce knows there’s something between them. Findings about Daniel confuse her even further, but Luce is even more attracted to the mysterious Daniel.
I think the reason why Fallen has gotten so popular is because it’s relatable. While most teens aren’t in reform school, I’m pretty sure, most teens feel that everyone of their moves is watched. There’s infinity of things we can’t do, a million things we shouldn’t do and only a handful of things we can do. At this fragile stage, we want freedom, even when we’re probably not ready for it. We’re at a time where we’re just beginning to discover who we are, what we live for and our possibilities. These feelings are crystallized in Fallen by Lauren Kate.
alice-jane 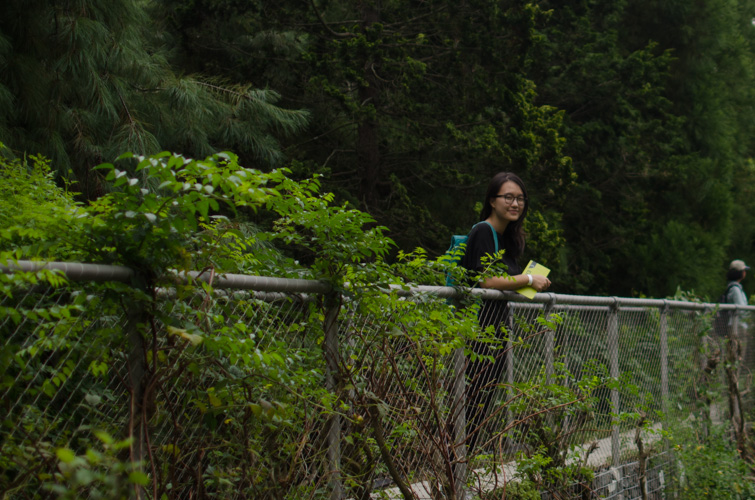