Small towns are terribly boring. You know what people will do before they actually do something because people don’t seem to have any changes except get older by the year. Everybody know’s each others’ happenings because it’s such a small town.

In a way, school is like a small town. You go to school with the same people for eleven-plus years and you get to know each other so well that you can close your eyes and know what so-and-so will do in a certain situation. It’s terribly stifling because sometimes you want to do something out of character, but  it’s not quite possible. People know each other so well that they expect you to stay in character. 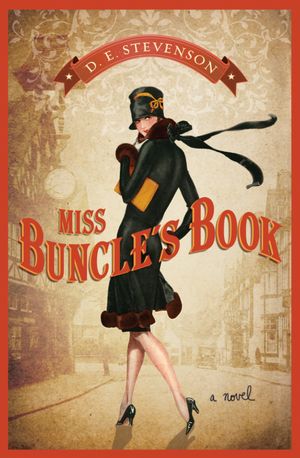 In Miss Buncle’s Book by D.E Stevenson, Barbara Buncle lives in a small village in England. Things are terribly boring and quiet and unassuming Barbara decides to write a novel about the very town that she lives in because Barbara’s short on money.

Barbara says, “I can only write about the things that I know.” She portrays the villagers as the people they are, however she changes their names. Silverstream, the village that she lives in, becomes Copperfield and so on and so forth.

However, when the book is published, the townspeople immediately discover that they are portrayed in the book as the characters. The novel, Disturber of Peace, has definitely disturbed the peace of Silverstream. On top of that, what happens when life imitates art?

The novel had a slow start, introducing the cast of characters but it became quite interesting when the whole village got angry. Then the drama started! I read feverishly until 10 pm last night, when I finished the book on my Nook.

The most important idea that I took away from this book was that sometimes we don’t see ourselves for what we really are. The reason why the village was so offended was because they were offended by how they were portrayed, realistically. A story with this lesson can turn terribly dry and cliche, but the book wasn’t. It was humorous and light, a little bit like a deer prancing through the woods. I laughed at how silly the villagers were and how clever Barbara was. I liked the book and am happy that Sourcebooks (the publisher) decided to publish the book stateside.

It turns out that Miss Buncle’s Book was first published in 1934, however in 2009 there was a renewed interest in D.E Stevenson’s books. The book was republished in 2008 by Persephone Books in the UK and will be published on the first of September 2012 stateside.