Another YA  review… It’s been a long time. *sigh* Life is so busy right now that I might take another hiatus. I’ll try not to though. 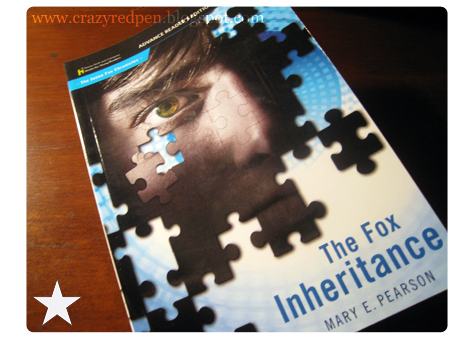 Locke, the narrator of the story is alive, but “dead”. (Hey vampire! No. JK.) He died in a car accident, but his mind was uploaded and kept alive for 260 years. The same happened to his friend Kara. Now in an unfamiliar world that’s two hundred and sixty years older, Kara and Locke must figure out how they’re going to live. They find out their friend Jenna Fox, who also died in the accident is alive. She is the only one who they know who’s alive, but she is also someone who was “revived” immediately, unlike them. Throughout their journey, Lock, Kara and Jenna learn about themselves, friendship, life and the consequences of living forever.
The Fox Inheritanceis a profound novel and a YA novel that stands out from the rest. It questions our motives-is it really worth it to live more than we’re supposed to? The novel explores the fragility of friendships and love. I was touched by The Fox inheritance and it is a must-read for the fall.
Story 4/5
The story is not something that hasn’t been done before, but the way the author approached the issues and explored them is original. We realize the strength and the fragility of friendships, and the power of love and memories.
Plot 4.75/5
The story was very intriguing and it made me want to read on. It’s an excellent page-turner and every part of the story is well thought out.
Writing Style 4/5
It was wonderfully written, and I got a lot out of the story. It wasn’t bland, and diary-like, which describe many novels today.
alice-jane

Everything Elsemacmillan teen books, YA, YA novel