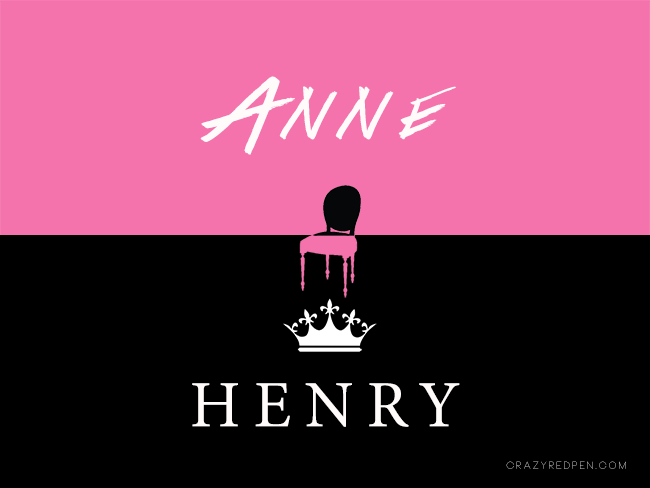 When the Queen in Alice in Wonderland would shout, “Off with her head!”, I would cringe inwardly. Strangely enough at the same time, I had an intense fascination with the Tudors and Henry VII, who probably often said that in his private time. Go figure where the logic went with that.
I got to revisit my fascination a little last week since it was the cover reveal for Anne and Henry. I was immediately intrigued by the story synopsis– a modern retelling of the relationship between Anne Boleyn and Henry VIII. I hope the ending doesn’t end with “Off with her head!”, though.

Anne and Henry comes out sometime next year so not a lot about the book is out yet so making a wallpaper was a little harder than usual. It was really fun doing the contrasting colors, though. I hope you like it!

In the mean time until 2015, I’ll be watching the Tudors. Because, you know, Henry Cavill.