Since it’s midterms week, my two main activities consist of studying at the library and chugging coffee. Going to Starbucks to buy coffee and seeing people studying got me thinking about the cafe culture in America and how realistic it’s portrayed in books.

Growing up, I had a romanticized view of cafes where people sit in coffee shops, sipping lattes in white ceramic cups, while working. While I do think this is does happen and I’ve seen it happen, I definitely don’t think it happens to the degree that movies and books make it out to be. 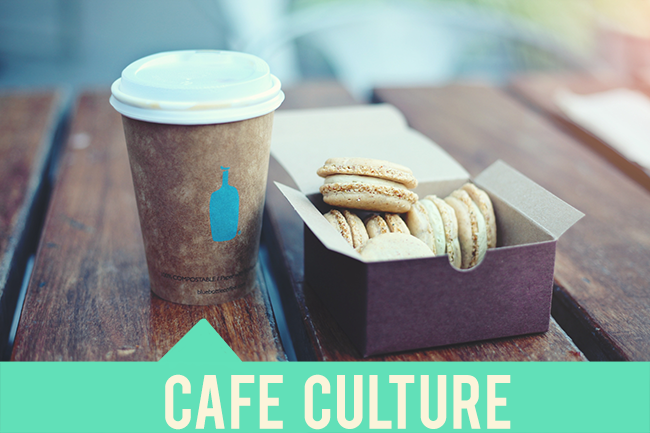 Media Portrayals
The most immediate portrayal of cafe culture that comes to mind is Taylor Swift’s “Begin Again” music video, where she muses over the memories of Paris and cafes.

Yet interestingly enough, coffee culture has it’s roots in America. A short Smithsonian video describes the history of coffee culture. On Twitter, author Nova Ren Suma often tweets about her writing activities and a lot of her tweets are about how she’s writing in a cafe. She’s American (New York, to be exact), so there are definitely people here who do write and do their work in cafes.

Statistically, the Seattle area has the most amount of coffee shops in America and Discover America even suggests visiting coffee shops as a trip idea if you want to go to Seattle. An excerpt from the article reads:

With 2.5 coffee shops for every 1,000 citizens, Seattle has the greatest concentration of coffee houses in the country, which underscores a key element of Seattle’s reputation: the city is awash in caffeine.

In a remarkably short time—the world’s first Starbucks opened here in 1971—coffee houses have become the social and community centres of the Emerald City, where you go on dates, take the kids, listen to music, sit with your laptop, finish your great American novel or meet your friends. In Seattle, you’ll find coffee shops attached to everything from launderettes to barbershops, cinemas to strip clubs.

America is the number one market for coffee, followed by Germany and Japan. While America does consume a lot of coffee, I don’t see a cafe culture where people linger after buying their coffee, despite media portrayal. Esme Voz from MuniWireless analyzed Starbucks and coffee culture and wrote this:

There is no cafe culture in the United States. Americans are all about speed and efficiency. “Time is money” is the motto of this country. Nothing bad about that, but it does not give rise to a cafe culture where people linger for hours discussing Kierkegaard.

My thoughts on cafe culture in the US are similar. America, especially in the Northeast, has a “go, go, go” motto where nothing stops and efficiency is key. Hustle is the keyword here.  I might be wrong about the lack of a cafe culture in the US though, since I’ve lived in the East Coast for most of my life and mostly non-urban areas.

Science
According to a study published in the Journal of Consumer Research, the ambient noise of a cafe is the most conducive to creativity, so the people at Buffer suggest that people should move to a cafe in the afternoon for increased productivity.

Personal Experience
For me, I can’t do work in a coffee shop just because I like the smell of coffee and the smells of the pastries so I would probably end up people-watching while eating or drinking rather than working. Also, I work best in relative silence and the bustle of a coffee shop is just too much for me.

That said however, I do have friends who like to study in Starbucks. I think a huge part of it is the proximity of Starbucks to dorms compared to the library but maybe a part of it is also the ease of accessibility to coffee. Yet, the people who do their work in cafes is only a small handful compared to the bigger number of people who I know who like to do their work either in dorm or at the library.

What are your thoughts on cafe culture in America? What about elsewhere? Do you do your work in a cafe?

P.S Kelly from The Well-Read Redhead just wrote a post about spending a day at Starbucks.