Yesterday was Independence Day/Fourth of July, which makes this week’s Scribbling post more fitting. Fourth of July brings out the patriotism in all of us and people start digging for their red, white and blue (not the Union Jack, though). 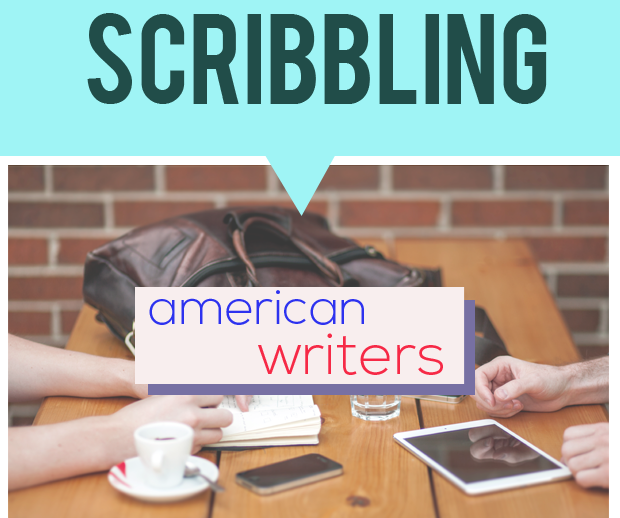 All of this patriotism for the great US of A got me thinking about American writers and how broadly people around the world read novels by American authors. A quick scroll through Lucy’s (a teenage YA blogger based in the UK) blog, I counted around 15 novels written by American authors and a little less I think (Lucy you can correct me on this) by British writers.

Lucy also participates in the British Book Challenge (shortened as BBC, which shares the acronym for the popular British TV channel), which is a challenge to read… British Books. For me, the British authors off the top of my head are: Jane Austen, Kazuo Ishiguro (he immigrated to England when he was 6 and became a UK citizen), J.K Rowling and Marcus Sedgewick (Midwinterblood).

Another blog that I visited while writing this is Hannah’s The Girl in the Cafe (YA blog, based out of Australia) and again, there are a huge chunk of books written by American writers.

Now, all of this got me thinking. 1. This isn’t actually what’s happening because it just so happens I follow blogs that feature more American writers. or 2. This is happening. Honestly, I don’t know which it is because I haven’t really number-crunched yet nor tallied up the numbers yet.

All of this is making me want to read novels by non-American authors so anyone want to give me any suggestions?