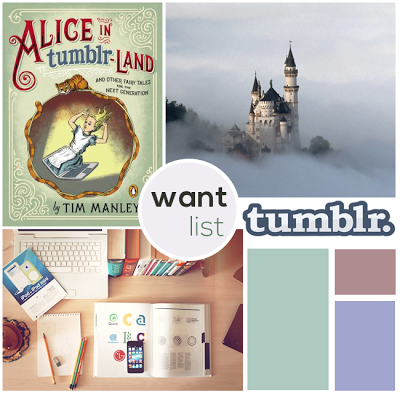 Want List is my version of Waiting on Wednesday, hosted by Jill at Breaking the Spine.

Disney meets Lena Dunham in this illustrated humor book featuring your favorite fairy-tale characters dating and finding their way in 21st-century America What happens when Peter Pan finally has to get a job? Or Rapunzel gets a buzz cut? When The Ugly Duckling discovers Instagram filters, can she give herself a makeover? What if Goldilocks went gluten-free? Or if Jack and Jill ran up their iPhone bill? Or Snow White had seven Facebook stalkers?
Here are more than one hundred fairy tales, illustrated and re-imagined for today. Instead of fairy godmothers, there’s Siri. And rather than big bad wolves, there are creepy dudes on OkCupid. In our brave new world of social networking, YouTube, and texting, fairy tales can once again lead us to “happily ever after”—and have us laughing all the way.

Alice in tumblr-Land  is a collection of Tim Manley’s cartoons based off of his popular blog, Fairy Tales for Twenty-Somethings, where classic fairy tale characters grow up in the 21st century with lots of problems.

Here’s an example from his blog: 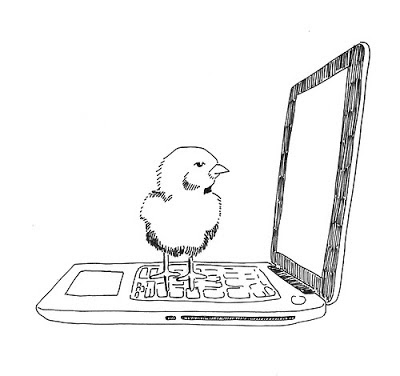 Chicken Little feared the sky was falling. She also feared that when people “liked” a photo she posted, they didn’t really like it.