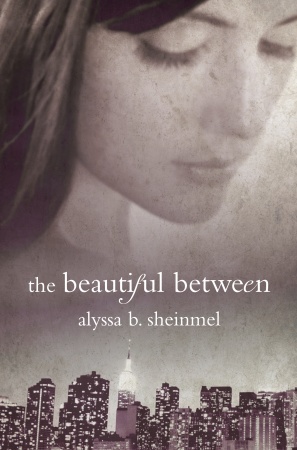 High school is a place where the popular students reign and where the rest obediently follow. High school is much like a kingdom in that sense. In an idealized kingdom, the kind prince will talk to the lonely girl, and befriend her. In a fairy tale, the prince and the girl would fall in love.
In Alyssa Sheinmel’s debut novel, The Beautiful Between, Connelly Sternin sees her high school as a kingdom in a fairytale, in which, the prince Jeremy Cole reigns. Connelly is the Rapunzel, stuck in her Upper East Side apartment, confined to doing SAT prep and preparing her college applications. One day, Jeremy Cole talks to “Rapunzel”, offering to tutor her in physics in return for SAT vocabulary tutoring. Connelly agrees. Little does she know that befriending Jeremy will force her to question her entire life, and learn that even princes have imperfect lives.
The Beautiful Between is a short read, a little less than 200 pages. It’s not a fairy tale story in which the prince falls in love with an ordinary and they both live happily-ever-after. The Beautiful between is more about life, and he things that happen than about love. It’s a nice change from the typical girl YA novels, and I like it.
alice-jane